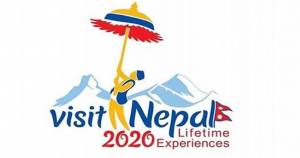 Kathmandu: Palpa, which has made its identity as an attractive tourism destination for domestic visitors, is hosting river rafting and paragliding events for the foreign tourists during the Visit Nepal Year 2020 campaign.

Rafting is to be organized in the Kaligandaki river along with paragliding in Rampur of Palpa on March 7. Rampur Town Tourism Promotion Board will organize week-long rafting excursion in the Kaligandaki and paragliding from local Bahundanda as well as an observation tour of various religious and tourism sites.

The target is to bring in a minimum of 500 foreign tourists in Rampur during the Visit Nepal Year. Board coordinator and Rampur municipality mayor Raman Bahadur Thapa said, “We have planned to attract a maximum number of foreign tourists during the Visit Nepal Year 2020.” He said Nepal Tourism Board (NTB) has assisted Rs 500 thousand for the tourism events that will be held for a week.

The rafting will be operated in the Kaligandaki river from Malungadham bordering between Syangja and Palpa. A cultural program will be held at Bhujat, Siddhababadham in Rampur municipality-8 which will feature the tradition and costumes of various ethnic communities in the Rampur area.

The municipality has made arrangements for observation of the Ram temple, lord Ram’s hearth, the under-construction Ramjanaki temple, the Ramche Viewtower and other heritage sites in Rampur. Preparation was underway to make a program to reach different places to give an invitation to foreign tourists asking them to visit Rampur in Visit Nepal Year.

A plan has been set to reach different places including Pokhara and bring in foreign tourists in Rampur by making coordination with Palpali Society. The ticket should be booked within the deadline set by the Committee for the visit in a package.

An arrangement of accommodation would be made in a tent at Bhujat Siddhababa Dham to the tourists for rafting in the tourism festival. Kaligandaki is considered better for family rafting. Rampur municipality had organized grand Kaligadaki rafting festival from Malungadham to Bhujat Siddhababadham and Siddhababadham to Puttarghat on April 19 and 20, 2019.

Hotel bookings in Dhulikhel being cancelled due to Covid-19

Pashupatinath temple to be closed from Friday

Kathmandu.The Department of Tourism has issued instructions that only 150 to 170 people ca…

The Nepal Army  by producing a pleasant sound through its trumpet at 8:00 am …