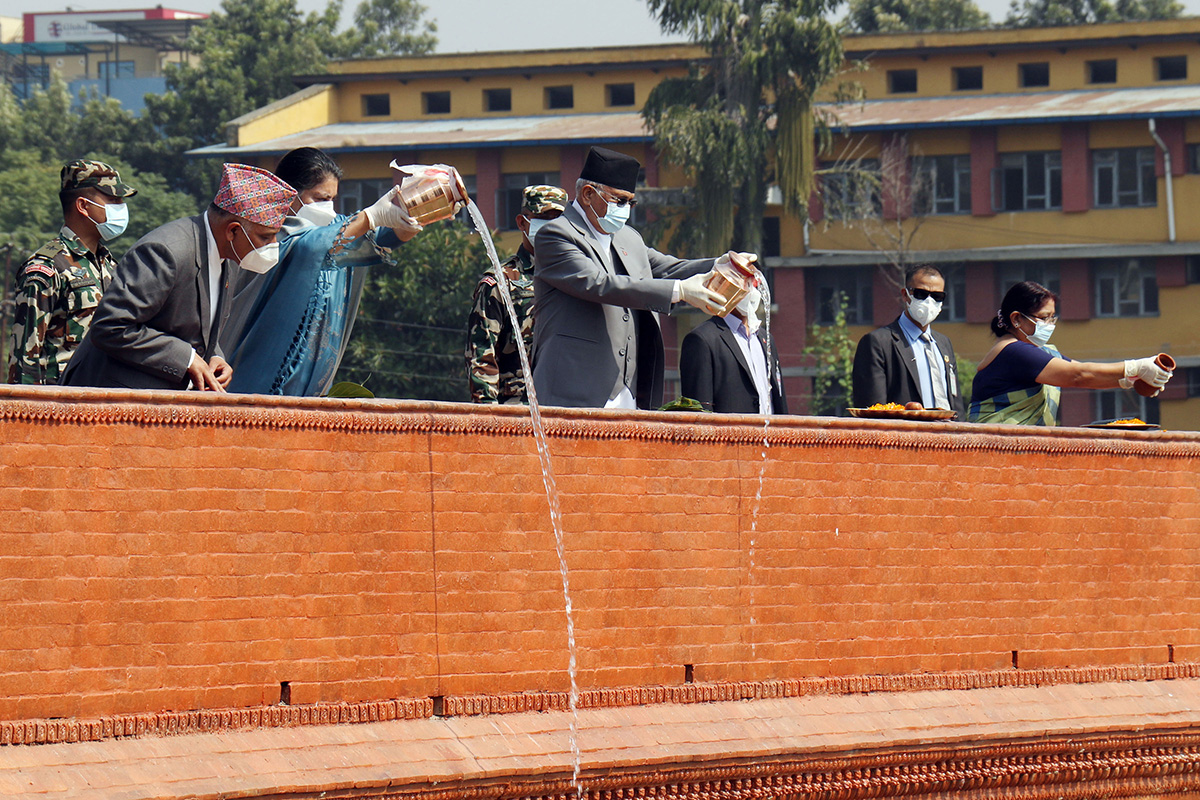 The 17th century pond was severely damaged in the Gorkha Earthquake in April, 2015. It was rebuilt by the National Reconstruction Authority according to its original Malla –era design.

President Bhandari had laid a foundation stone for the reconstruction of the quake-damaged Ranipokhari on January 16, 2016.

Inaugurating the iconic structure that was built by King Pratap Malla, Bhandari expressed her confidence that the reconstruction of the Ranipokhari would be an important milestone for the conservation and development of Kathmandu Valley that has been the cradle of an ancient civilization and is rich in natural and cultural heritages.

Furthermore, the Head of the State articulated her happiness over the fulfillment of the resolutions to resettle those homeless rendered by the Gorkha Earthquake, the reconstruction of the quake-damaged cultural and historical monuments and heritages in their original form. 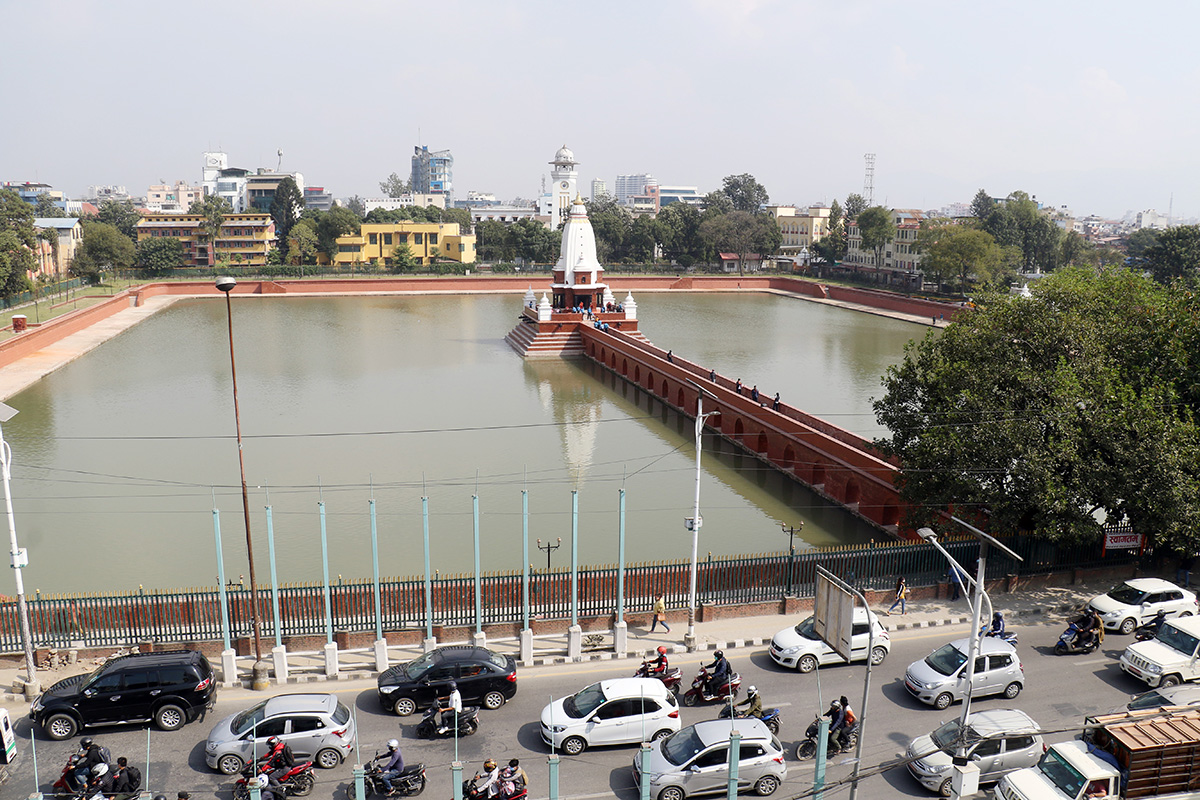 Bhandari said that she was elated to know about the masterplan to connect Ranipokhari to Dasarath Stadium and bring Ratnapark, Khullamanch, Tundikhel, Bhritukimandap in its original shape and size while urging an earliest and effective implement of the masterplan in coordination with the stakeholders.

“I am confident that implementation of the Dharahara project that is reaching near-completion phase and Tundikhel grasp masterplan would provide a big open space for the Kathmandu folk.

It will help in the celebration of cultural festivals, provide playground and will be made the center of attraction for domestic and foreign tourists,” she said. Also, the President extended her gratitude towards the Chinese government for its support in the reconstruction of quake-damaged Durbar High School that she inaugurated Wednesday itself.

Durbar High School is situated on opposite of Ranipokhari. Bhandari commended the contribution of the Durbar High School in the production of able citizens since its establishment and said she was confident that the school would be an index of quality in school education.

The School established during Rana regime to provide education to their offspring was open to the public later. The reconstructed Durbar High School is four-storey and has more than 40 class rooms.

It is quake-resilient and spans over nine and half ropani land. President Bhandari was hopeful that the government’s policies, planning and implementation framework on post-quake reconstruction would be an inspiration for the future generation and international communities (RSS).

Valley Museums to shut down from Saturday

Valley Museums to shut down from Saturday

Kathmandu: All museums in the capital will be closed from Saturday as new variants of the …

Kathmandu: All museums in the capital will be closed from Saturday as new variants …