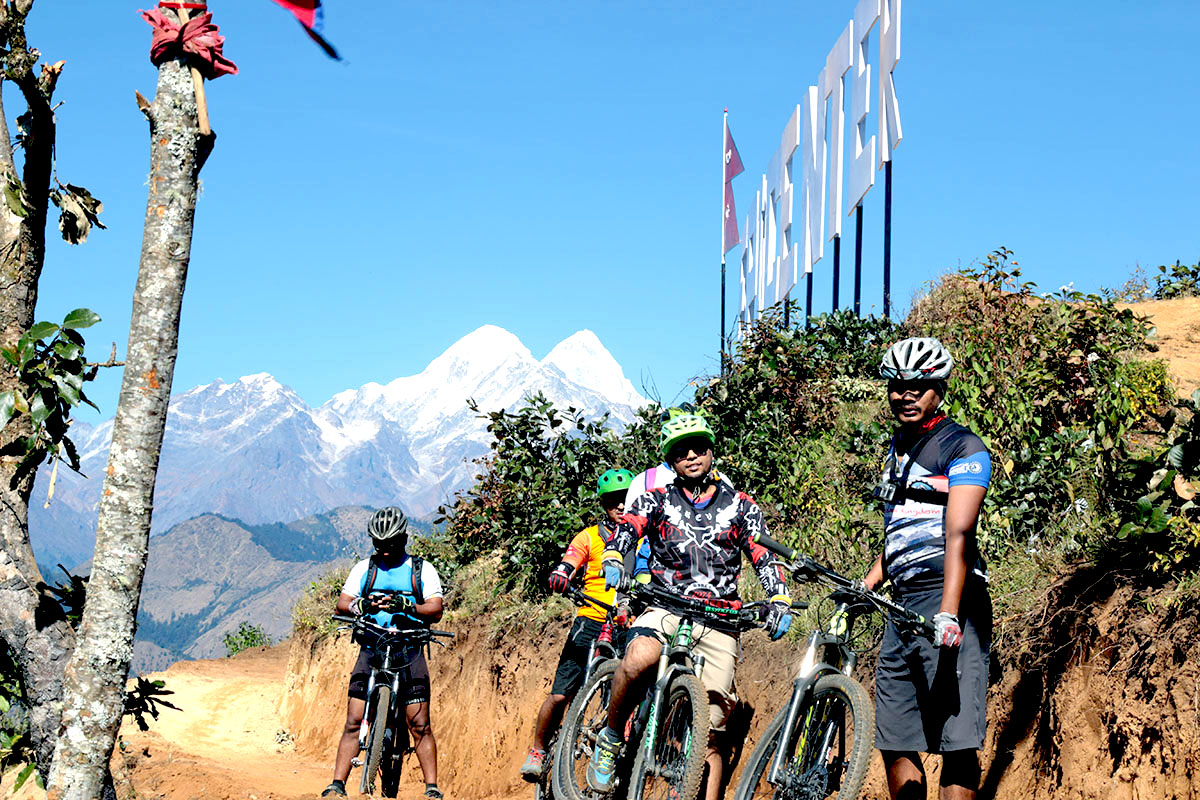 Perhaps, it could be the first-ever trail made for the cycle in the country. The trail that begins from Barpak follows the route Darche’s Gupsipakha-Gumda-Chungkang up to Machhikhola.

The trail which is 16.2km is known as downhill for a cycle race, though trekking can also be done through this trail.

The Gandaki provincial Minister for tourism Bikash Lamsal had inaugurated this trail on Saturday last. The Minister earlier had inaugurated a rock wall climbing school at Mani Kamdevi High School.

The wall climbing school was established with the coordination of the school and Nepal Mountaineering Academy. The 50-meter high rock in front of the school has been used as a climbing wall. A total of 45 students have already enrolled themselves in the school.

This hill is elevated at 2410 meters. Its inauguration was done by five persons going downhill by bicycle. The trail is 3100 meters to 960 meters in length.

Darche has been focused as it was the main epicenter of the earthquake that shook Nepal in 2015. So the trail has been constructed to mark this disaster day. This Darche hill is as high as 2410 m. The trail is extended from 3100 meters to 960 meters. 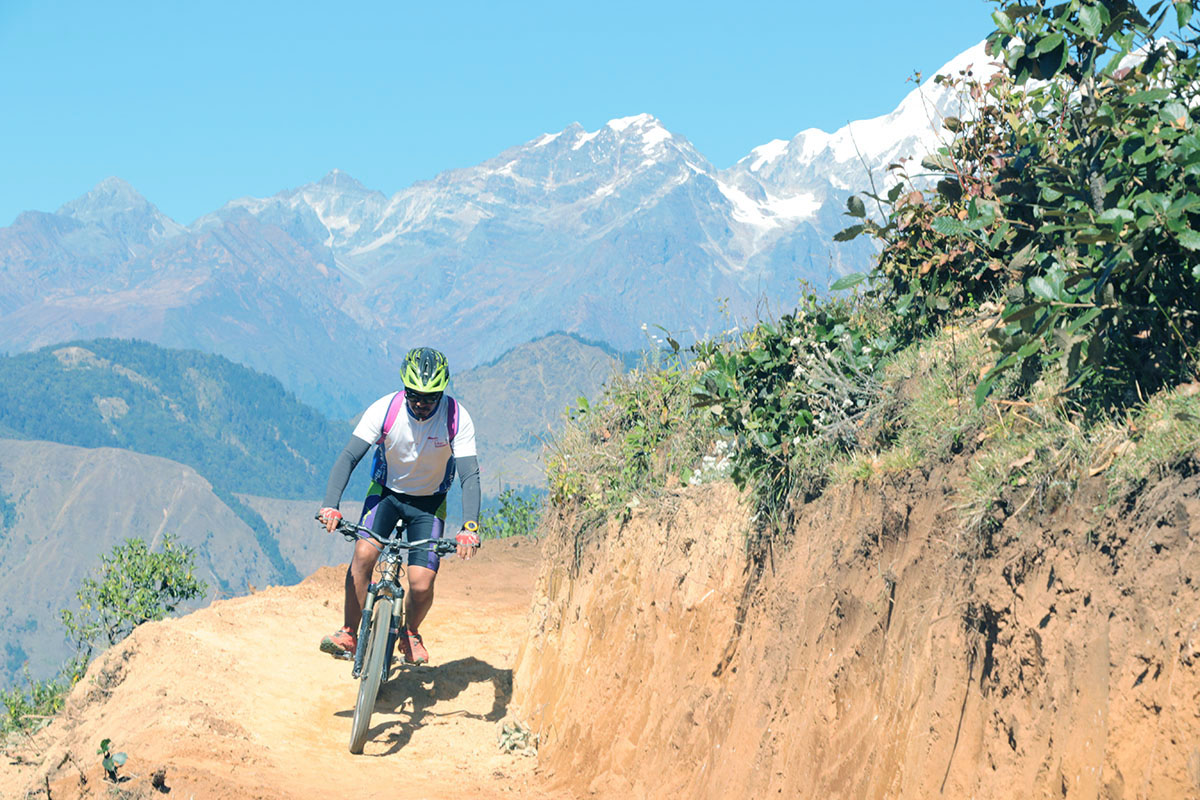 The captivating view of Buddha Himal, Ganesh Himal, and other fascinating peaks can be observed from here. Similarly, the rich cultures of Gurung can be watched here.

The trail is being made in support of the Nepal Tourism Board, UNDP, and Dharche rural municipality. 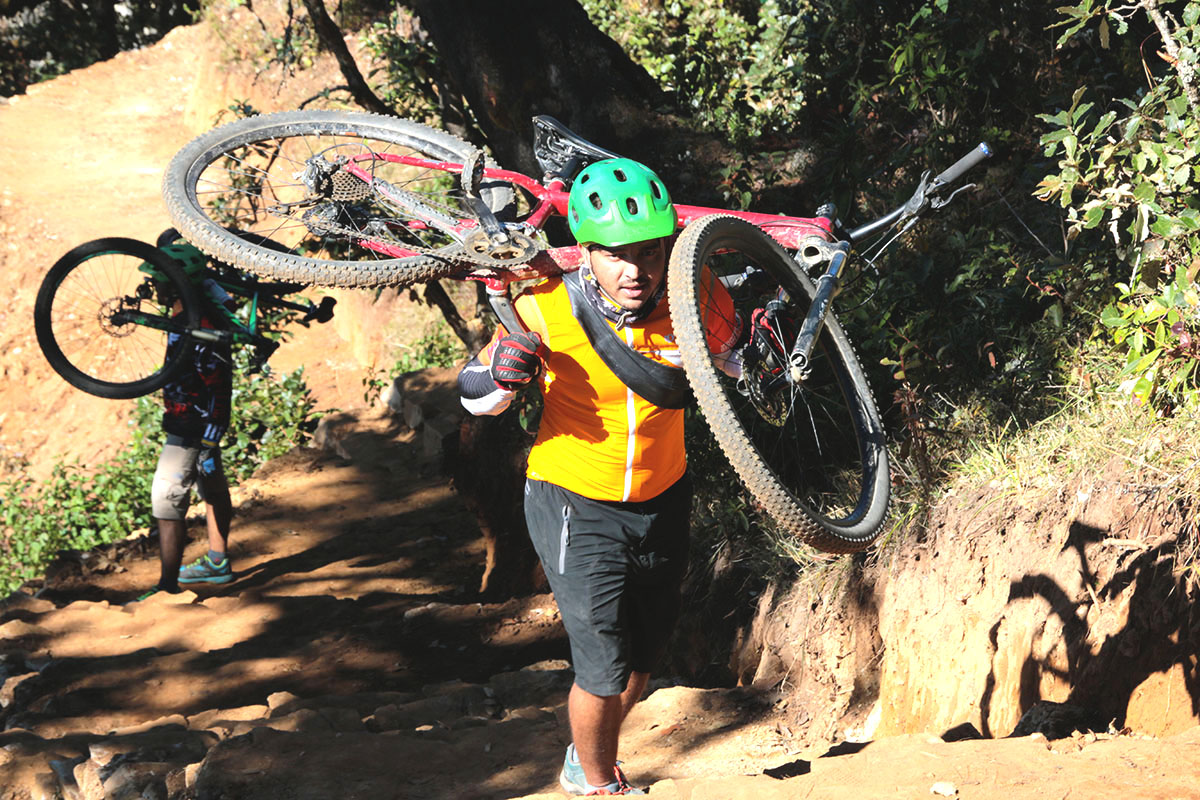 Darche is being made a tourist spot with the support of this Epicenter Adventure Trail said Dharche Rural Municipality Chair Santosh Gurung.

Kathmandu:  Bad weather has adversely affected domestic flights across the nation since th…

Kathmandu:  Bad weather has adversely affected domestic flights across the nation since this morning. …